The other day I called my mother, as you do. She was just sitting down to enjoy “l’apéro” with some friends. It was evening in Bordeaux, where she lives. It was late morning where I live. Not wanting to interrupt her chance to visit with friends, I rung off; but, just as I did, was descended upon by some friends here at home.

Ah … “apéro” is a shortened version of “apéritif”. And “apéritif” is the drink you take before the meal. Usually its a delightful moment you spend with others to talk and share views and ideas on any topic. And you might think, because she’s in wine country, that my mother’s apéro would actually be wine. You might think that the French in wine country enjoy a lot of wine! And you might be wrong.

Wine-derived drinks for apéritif are abundant: a kir*, or even better, a kir royal** is a festif and popular one. There are others. Think about James Bond and his favorite drink: martini, “shaken, not stirred”…. one of the oldest aperitifs made from two white wines: Picpoul and Clairette. Recipe is a secret involving raspberry, lemon liquor, orange peels + herbs and spices (a well kept secret…). 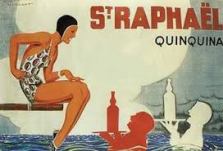 There are also quinine drinks, originally made to serve two purposes: one is to be an aperitif, and the other is to ‘protect” troops in North Africa from malaria. Such apéritifs came under the names St Raphael, Doré, Byrrh and Dubonnet and, thanks to the quinine, were proclaimed “healthy” drinks.

Another often served aperitif and a popular one in the USA is Lillet. It was created in 1887 by two French brothers. Their drink is made from Bordeaux white wine plus a “cocktail” of 10 fruits, sweet and bitter orange peel and a small amount of quinine. This mixture is cold macerated  in French brandy for 4-6 months, then mixed with wine and aged … Santé! 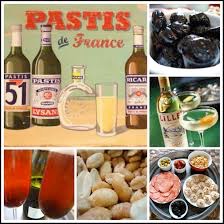 And there’s Ricard, Pernod and Pastis, the kings of the South of France. Those drinks are made from the Chinese star anise, the middle eastern licorice root, and a well kept secret blend of herbs from Provence … The favorite quenching drink after a day at work, for a game of pétanque or cards. This drink epitomizes the end of  nonchalant afternoons in Provence, a gathering of friends around a table ready to enter long discussions and disagreements about anything under the sun … The fact is, anise drinks were part of a place and era. They were the successor of absinthe when it was outlawed in France in 1915. Absinthe contained toxic oils from the wormwood plant and was deemed unsafe. Ricard, Pernod and Pastis still exist today, and have strong followers, but times have changed and the mainstream is now more likely to enjoy cold beer, or a “whisky coca”.

I missed many other aperitifs, such as Guignolet, Banyuls, Campari, Pineau des Charentes, Vermouth, and cocktails. The list is long. Wine is a rarity as an aperitif, though, and it may feel odd for French people to be offered wine as a preamble to dinner. For most people in France, wine is served with a meal; there again, the choice is endless. What is your favorite apéritif? 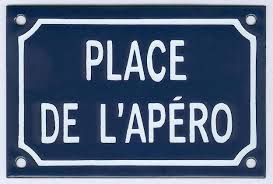 *A kir is black current liqueur with white wine

**A kir royal is black current liqueur with champagne